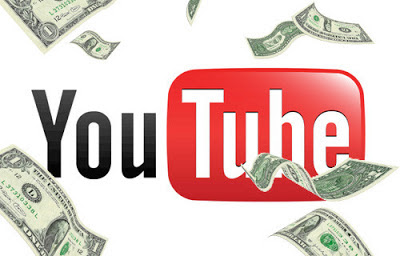 In this Post I will show you how to make money from YouTube videos using adf.ly. This is extremely easy and only requires the following:

STEP 3
Find some thing that all people needs to it like games applications ...
STEP 4
Running through the list of songs you’ve got now, head to YouTube and search to see if any of them have already been uploaded, quite often the songs would have been but you will notice that they would have uploaded quite recently giving you enough time to duplicate their video (download – use KeepVid) and re-upload the song on your YouTube account. Trust me; you don’t have to be the first to rank no1 on YouTube search for anything... You just have to be the best. I will explain further. But first download the videos, and if you’ve got a super fast PC, remember that time is of the essence, reproduce the video, by adding instructions right at the beginning and end of the video suggesting to viewers that there are goodies to be found in the description that they do not want to miss out on, you can do this in Movie Maker really easily...
This trick works really well and really explodes your earnings. Trust me on this one. I recommend you reproduce as I just suggested but if you can’t or your PC moves at a turtle pace then leave off the suggestion, why?, you don’t want to pass up your opportunity to be in early. Not necessarily first, but early! If God was to shine favor on you, you might even find you are indeed first to the party and you get VIP treatment from YouTube.

STEP 5
Now your videos are up, you’ll find that they probably don’t show up for a while. Not to worry, this is common – there is often a gap between a video being uploaded and it hitting the YouTube search pages. But despite knowing this, you mustn’t rest on your laurels! In fact besides being early to the party, this is the most important bit. If you are going to make a killing with this method, your video has got to rank high enough on the most popular search term for your song! Let me help you with that.

The first step to achieving popularity for your video is titling your video extremely similar if not exactly the same as the most popular search term, and by title I mean the actual title of your YouTube video! Not some title you add to your movie file when publishing it in Movie Maker. Ok, so let’s say you uploaded a Lil Wayne track titled – “That’s what they call me”. Fittingly you should title your video – “Lil Wayne – That’s what they call me [2011 NEW SONG]” or something along those lines! The most popular search term is included – “Lil wayne that’s what they call me”, and the “[2011 NEW SONG]” bit makes your video stand out from the others that might employ your strategy too.

What you fit into those braces could spell dessert or disaster so choose appropriately. Oh yeah, and pop a few relevant tags in there... don’t think they hold much weight though as I see videos rank top even without any tags but you never see that happen without an appropriate title. So pick your priorities right.

STEP 6
The next step to making sure your video spearheads straight to the top of YouTube search, or close enough to bank hard on adf.ly, is actually really simple. Using the tricks I am teaching on YouTube I have had videos hit anywhere from 60,000 views to over 2,000,000 views! And you can imagine, my take home was something special!
What you really need to do is get traffic to your video. Post a link to your video on music forums like Digital Spy and Buzz Jack. Now I know what you’re thinking... “The whole point of half of these steps was to get traffic through YouTube, but now I have to get traffic to YouTube first?” I know it sounds absurd but it’s true and it makes plenty of sense. YouTube ranks your video based on its popularity and relevance and that is really all that you must focus on. You’ve got the relevance, now you need the popularity. Now let me further explain how YouTube reads this. If a video is uploaded and in its first few minutes it gets a consistent stream of views, it doesn’t have to be an avalanche, it is considered popular and indeed very healthy. And that is what we are looking for. In fact getting an avalanche that cannot be sustained beyond a few minutes or hours will hinder your chances against other videos that have had a consistent growth at a steady natural rate. Somehow I know that made a lot of sense. So now for the final part, don’t worry I didn’t

STEP 7
So now YouTube has officially been dominated and the views start rolling in.
How do we go about making a bucket load on adfly?
But first remember when I said you should reproduce the video in software like Movie Maker, or another one of your choice for that matter. That would have been a good move. Just sayin’ But if you didn’t you could always add annotations to your videos, using YouTube’s built in annotations engine and you could get the job done that way, your choice, it’s more time efficient and editable because you don’t have to do it before the video is uploaded, taking up a few valuable minutes and you can always edit it later. However I do like doing it on video as that often makes people trust it more as it almost acts as a verification that it’s your video and not someone else’s and if done neatly enough it can push viewers to thinking it was part of the song.

Imagine what that can do to your earnings.

Now back to Step 7.
You want the link to target something directly related to your artist. I suggest you pick something everyone who comes across the video would want to see for themselves. It could be a shocking news story, here’s one off the top of my head, in the case of Chris Brown, he always seems to accompany song releases with controversial moments that are captured by video and that pays dividends. Link to the news article! Maybe link to a YouTube related to the news article. You could just search YouTube for a video attractive a lot of attention that relates to your artist and link to that. Of course all links will be masked with adfly. Now be careful about this. Link relevant and don’t try to defraud adfly because they have a deadly way of finding stuff out. Luckily I didn’t learn that from personal experience. NOTE: When linking, try not to use the default adfly URL, be different and less recognizable, use one of their other redirect options
great guide that helped me

I hope this info was helpfull. Take advantage of it!!!
If you haven’t yet, sign up to Adf.ly HERE!!!

Anonymous July 2, 2014 at 7:37 AM
Just a bit of your time giving out your opinion on something.
Whatever your motivation for working from home, you most likely want
to spend more time at home, save gas money from your commute and above
all-make extra money at home. Of course there are a lot of other parts to the puzzle,
but when you get training on marketing and how to sell a product, then you will start
making money in no time.

Then make money by placing advertising throughout the blog.
You should take at least 3 pictures of each item showing different angles of the
items.

Anonymous July 7, 2014 at 11:27 AM
This is because many regular Ad - Sense publishers cannot even make the Google threshold payout of $100 dollars a month.
There are several things to track: which keywords are converting, and which ones are wasting
you money, what ads are performing well, and which are not,
how your ads are doing at different price bids, etc.
They have a bunch of Affiliate Marketers that share what programs they are
using, as well as offer great advice for newbies looking to
create their own landing pages.

my web site :: how to make money with google
Reply Delete

Anonymous July 8, 2014 at 12:48 AM
People are looking for information in the internet. When people click on the ads you get 68% of the gross amount
the advertiser paid for the ad. This is where we will purchase a real domain name
for the product that we are promoting.

Anonymous July 12, 2014 at 8:36 AM
Be very careful when it comes to the unreal claims of making instant money online.
So, get yourself a website, get some products to sell and get lots of visitors to your
site. When you get a sale, you contact the drop-shipping
company, send them their percentage of the sale, and they ship the item.


Feel free to visit my web site :: are there any genuine means to make income on line cost-free
Reply Delete

Anonymous July 14, 2014 at 10:06 AM
You can never go wrong because as the saying goes,
you cannot give what you do not have. The
truth is, there is no one way that works best for everybody.
Some online auctions allow sellers to list products for free.

Here is my weblog; how to make a lot of money fast
Reply Delete

Anonymous July 20, 2014 at 7:48 PM
Retired professionals with great typing skill and uninterrupted blocks of time that can be flexibly scheduled probably
would be better candidates. The clients that use the services of corporate banking
include many major companies, financial institutions
and also commercial state companies. If you have this type of stress on the job, it helps
you do the best that you can and can even stop you from making mistakes.


Here is my site :: jobs you can do from home
Reply Delete

Anonymous September 26, 2014 at 12:37 AM
To monetize your blog means to link it to one of the many advertising programs out there.
F) How do I create web page, if am on tiny budget, that you will get indexed
quickly by almighty google. Again this isn't a get
rich quick scheme because like I stated before there really
is no "quick" way to generate capital, but there are ways you can make some
simple supplemental income for a short period
of time.

Anonymous September 27, 2014 at 5:18 AM
Hi there mates, pleasant piece of writing and pleasant arguments
commented at this place, I am truly enjoying by these.

Anonymous September 27, 2014 at 7:25 AM
As the admin of this web site is working, no uncertainty very
soon it will be famous, due to its feature contents.

my blog ways to make money on the side
Reply Delete