Which address is used in the Address field of a PPP frame?


the IP address of the serial interface

How does PPP interface with different network layer protocols?

by specifying the protocol during link establishment through LCP


by encoding the information field in the PPP frame


by negotiating with the network layer handler

Which command can be used to view the cable type that is attached to a serial interface?

In which situation would the use of PAP be preferable to the use of CHAP?


when router resources are limited


when multilink PPP is used


when a network administrator prefers it because of ease of configuration

Which protocol will terminate the PPP link after the exchange of data is complete? 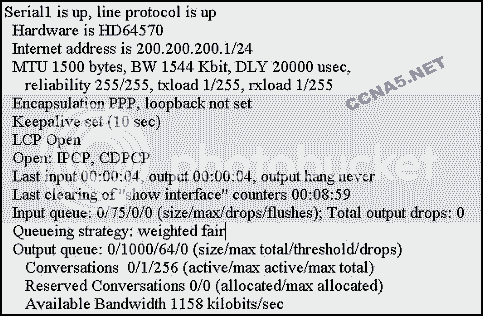 Refer to the exhibit. Which statement describes the status of the PPP connection?


Only the network-layer phase completed successfully.


Only the link-establishment phase completed successfully.


Neither the link-establishment phase nor the network-layer phase completed successfully.

Which is an advantage of using PPP on a serial link instead of HDLC?

Which three statements are true about PPP? (Choose three.)


PPP can only be used between two Cisco devices.

PPP uses LCPs to agree on format options such as authentication, compression, and error detection.*

When configuring Multilink PPP, where is the IP address for the multilink bundle configured?


on a physical serial interface


on a physical Ethernet interface

on a multilink interface*

Which field marks the beginning and end of an HDLC frame? 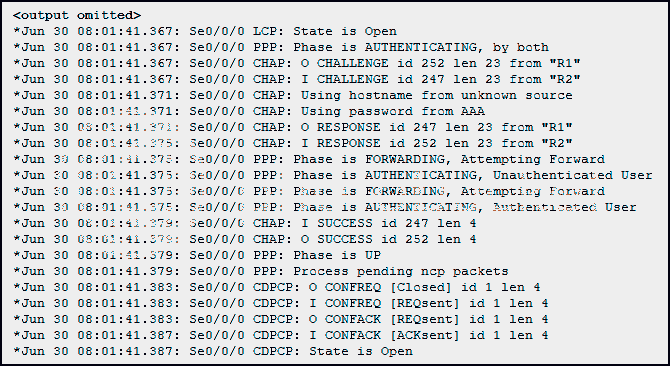 Refer to the exhibit. Based on the debug command output that is shown, which statement is true of the operation of PPP.

Both PAP and CHAP authentication were attempted.

A PPP session was successfully established.*


CHAP authentication failed because of an unknown hostname.


The debug output is from router R2.

During a PPP session establishment phase, which two messages are sent by the requested party if the options are not acceptable? (Choose two.)


establishes identities with a two-way handshake

What are three components of PPP? (Choose three.) 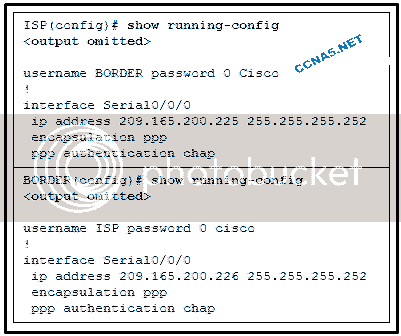 Refer to the exhibit. A network administrator is configuring the PPP link between the two routers. However, the PPP link cannot be established. Based on the partial output of the show running-config command, what is the cause of the problem?​

The passwords do not match.*


The usernames do not match.


The passwords should be longer than 8 characters.


The interface IP addresses are in different subnets.

Which PPP option can detect links that are in a looped-back condition?

Which three are types of LCP frames used with PPP? (Choose three.)

At which layer of the OSI model does multiplexing take place? 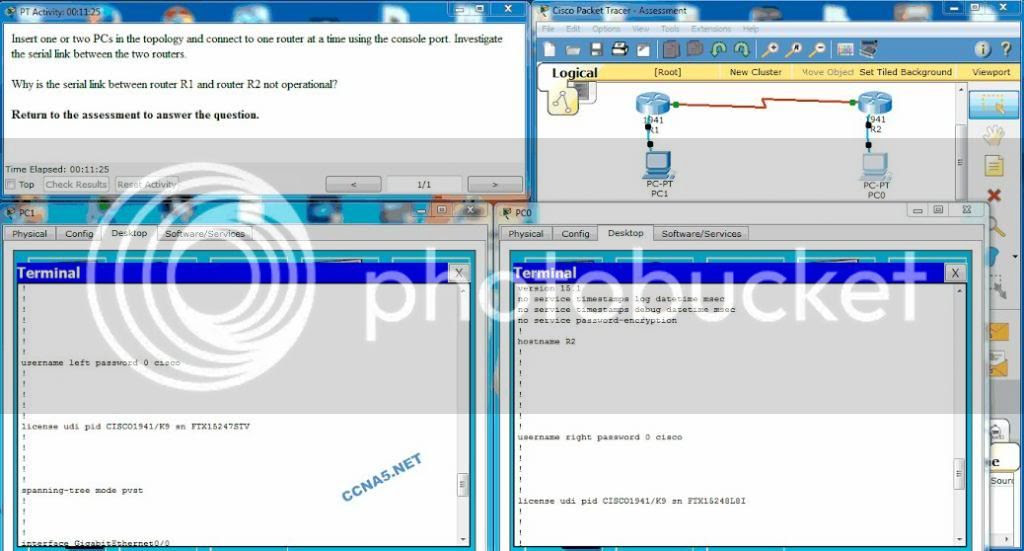 Open the PT Activity. Perform the tasks in the activity instructions and then answer the question.

Why is the serial link between router R1 and router R2 not operational?

The encapsulation in both routers does not match.


The passwords are different in both routers.

In each case the expected username is not the same as the remote router hostname.*


The authentication type is not the same in both routers.

Which serial 0/0/0 interface state will be shown if no serial cable is attached to the router, but everything else has been correctly configured and turned on?


Serial 0/0/0 is administratively down, line protocol is down